A Denver woman microwaving her synthetic urine at a 7-Eleven store and forgot one golden rule when heating up your bottle, remove the lid before you heat up your bottle in the microwave. Why is this important? If you don’ t remove the lid the pressure will build up in the bottle causing it to explode.

A Denver woman is in some hot water after Aurora Police said she used a 7-Eleven microwave to warm up a substance that appeared to be urine, causing the liquid to explode and damage the appliance. 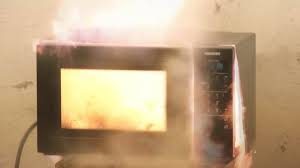 police if she didn’t clean up the mess.

Aurora Police said Sanchez told them the substance was not real urine, and she didn’t understand why police were called. The officer said she “scoffed” at him when he told her the $500 microwave was likely damaged.